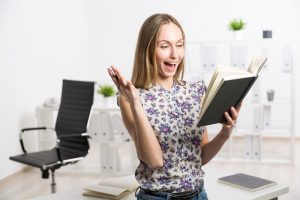 It’s true; there are some incredible writers on the web. However, we are shocked to learn that often their writing is no better than ours. The end product probably sounds great, but the first draft is likely challenging to read. What well-known bloggers understand that a blog post isn’t complete because outlined everything there is about the topic. It’s best to think of a first draft as a rough draft that has a lot of value, but it takes some finessing to reveal its beauty. Luckily editing doesn’t require a lot of effort — it just takes time to learn how to master writing so it’ll pack a punch. Part of making an online business succeed is effectively setting it up, which we talk about in our free webinar training. Part of that success is transforming a blog article and turning it into a compelling and polished post.

Write what you mean

Content Marketing Institute recommends not beating around the bush. Here are a few examples of how to write what you are trying to say:

With all due respect, ABC Cakes believes healthy living requires the occasional sweet treat. That being said, the mini cupcakes make an excellent choice.

What changed? The revision eliminated the weasel phrases of “with all due respect” and “that being said” without changing the meaning.

Why? “Weasel words are used when the speaker wants to make it seem like they’ve given a clear answer to a question or made a direct statement, when actually they’ve said something inconclusive or vague,” writes Leslie Ye on HubSpot.

TIP: Write what you mean.

Don’t be as worried about punctuation

If punctuation is vital to you, that’s a good thing, but Smart Blogger says to not get so hung up on it that you miss out on polishing your post in other ways. Punctuation is challenging at times, but there are ways to work around it.

The rules around punctuation can be complicated, even for the humble comma.

But do you truly need to know the difference between a serial comma, an Oxford comma, and a Harvard comma to write a great blog post? Of course not. (And it’s a trick question — they’re all the same.)

So my philosophy on commas is simple:

Use commas sparingly if you prefer, but if excluding a comma MAKES YOUR READER STOP READING, add another bleepin’ comma — regardless of what any comma police may say.

Let’s look at an example:

So, regardless of what comma rule I may break by adding a comma to this sentence, as long as my readers don’t get confused and stop reading, I don’t care — and neither should you.

Let’s look at another example that needs a comma for clarity:

One day, when you find success you can pull out your golden pen and write me a thank-you letter.
By not including a comma between success and you, I read this sentence and asked myself, “Is success something you can pull out of a golden pen?”

Use the active voice

Are you using the active voice on your blog articles? Writer’s Digest gives us a few examples of how to transform our sentences and make them active (which sounds much better).

There were a great number of dead bodies on the ground.

Here are a few more examples from Copy Blogger:

In English, readers prefer the SVO sentence sequence: Subject, Verb, Object. This is the active voice.

When you reverse the active sequence, you have the OVS or passive sequence: Object, Verb, Subject.

People are bored by passive sentences.

You can’t always use the active voice, but most writers should use it more often.

Sentences can run long — too long! Smart Blogger says you should be aware that run on sentences can happen, which is why you should work on shortening up your sentences. What do you think? Was that sentence too long?

You won’t use this technique often, but at least be mindful of it.

When we use two nouns together with the first noun modifying the second, we are using noun modifiers. I like them because they hack the flab from our writing by shortening our sentences. Let’s review some examples:

Tips on editing — Editing tips
Great advice on how to boost traffic — Great traffic-boosting advice (Traffic-boosting is a compound noun here)
Information regarding registration — Registration information
These sentences have prepositions between the noun sets. Whenever you spot this construction, try to implement this noun-modifying technique.

Copyblogger knows a thing or two about shortening sentences as well. Here’s what they have to say:

You should keep sentences short for the same reason you keep paragraphs short: they’re easier to read and understand.

Each sentence should have one simple thought. More than that creates complexity and invites confusion.

Get rid of prepositions

Sometimes you may find a preposition magically making its way to the end of your sentence. We know it sucks. However, Content Marketing Institute provides a few examples of how to avoid that. Check it out:

With the acquisition of XYZ Widgets in January 2019, the employees at the Scranton plant opted to throw a party in celebration of their new employer.

What changed? Five prepositions were removed.

Why? “A string of multiple prepositions in a single sentence can make the text choppy and potentially confusing for your audience,” according to American Journal Experts.

TIP: Know your prepositions. Eliminate each one to ensure that you’re using the right subject-verb combination. Then put back only those prepositional phrases whose meaning can’t be more succinct.

Feeble phrases are a big no-no, which is why Smart Blogger says you need to find powerful word replacement words. Words such as terrible as opposed to really bad sound much better.

Weak adjectives sap the strength from your writing just as nefariously as weak verbs. Use the best adjectives possible when describing nouns and pronouns. And be mindful that certain words, like really and very, usually precede weak adjectives. Take a look:

Really bad — Terrible
Really good — Great
Very big — Huge
Very beautiful — Gorgeous
Even if you don’t have a telltale really or very preceding an adjective, you can often give your writing more impact by using stronger alternatives:

Varying your sentence structure is another way to improve your writing. Writer’s Digest gives us a brief overview on how to switch up your writing to keep a reader’s attention. If you’re trying to get them to continue reading on your blog, this is a great way to do that.

Using nothing but noun-verb declarative sentences makes for dull reading. Break up the monotony. Instead of:

John walked to the closet. He opened the door. He took one look inside and he screamed.

John walked to the closet and opened the door. Taking one look inside, he screamed.

Writing takes some work, but we know you’re up for the challenge. It’s an incredible way to rope in your readers and make them want to stick around! Check out our free webinar training where we discuss new tips every week on how to make your online business excel and stand apart from the rest.