When you think of content marketing, what comes to mind?

Probably blogs, videos, social media, etc. right? Well you're not wrong. But as it turns out, content marketing has been around a lot longer than that.

That's because at the heart of content marketing is storytelling. 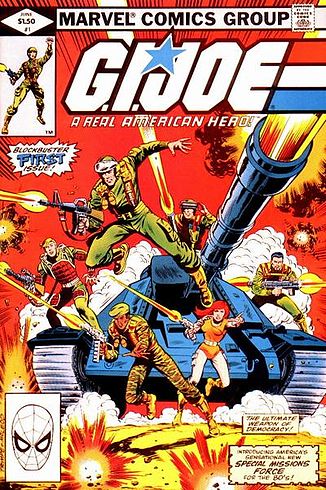 I know I do! (*Childhood flashes before eyes*)

It was one heck of a brand.

When Hasbro and Marvel cooperated to launch their comic book series, “G.I. Joe – A Real American Hero!”, in 1982, all that they wanted was to create what Kenner Toy Company’s Star Wars action figures already had – a rich back story for their action toys.

7 years later, the series was one of Marvel’s strongest titles and 2 out of 3 boys in the same age category owned at least one G.I. Joe action figure.

When Hasbro released their comic book series around G.I. Joe, they faced a dilemma.

They wanted to run TV commercials, to promote their action figure toys and comic books, which was a new concept.

But, TV regulations stated that toy commercials had to show the toys and only include up to 10 seconds of animation, in order to not mislead kids into thinking the toys could do more than they did.

So they completely took out the toys and just promoted the comic book series.

Did it hurt toy sales?

Not even a little.

The lesson learned: focus on the story, not the product.

The comic book industry made a whopping $540 million last year, but it absolutely pales when compared to the sales of merchandise around those books.

Again: They made $40 billion from selling mugs, plastic figures and t-shirts.

This number doesn’t include any money generated from movies or theme park entrance fees. Just merchandise.

In Marvel’s case, the story was the product and then additional merchandise came along the way.

Even today, the story should come long before the product.

By far, the easiest way to tell great stories, around which you can build great products, is with blogs.

But remember, the content has to be valuable and relevant to the target customer group.

So what exactly did G.I. Joe teach us about content marketing?

Basically, you can build strong relationships with your prospects and customers by focusing on telling great stories.

That way, when they decide to make a purchase, they are already loyal to you, and will happily give you their money.