This once groundbreaking social media platform is a decade old at this point.

You might not have even been a legal adult yet when Twitter made its debut back in the late 2000s, when smartphones were barely even a thing yet.

Even its format is a little dated at this point.

Remember those? If you're under 22 or so, you might not.

Whether you use Twitter may very well depend on your age, your demographic info, your industry, and who you hang out with.

Marketers and journalists use it a lot still.

But there's a good chance that if you're in your 30s or 40s right now, you and your friends may simply not really even use the platform at all.

It's not known for being a great platform for paid advertising, but what about organic?

In a recent blog post, Convince & Convert explains a shocking truth: Twitter gets you about as much engagement these days as a typical banner ad. 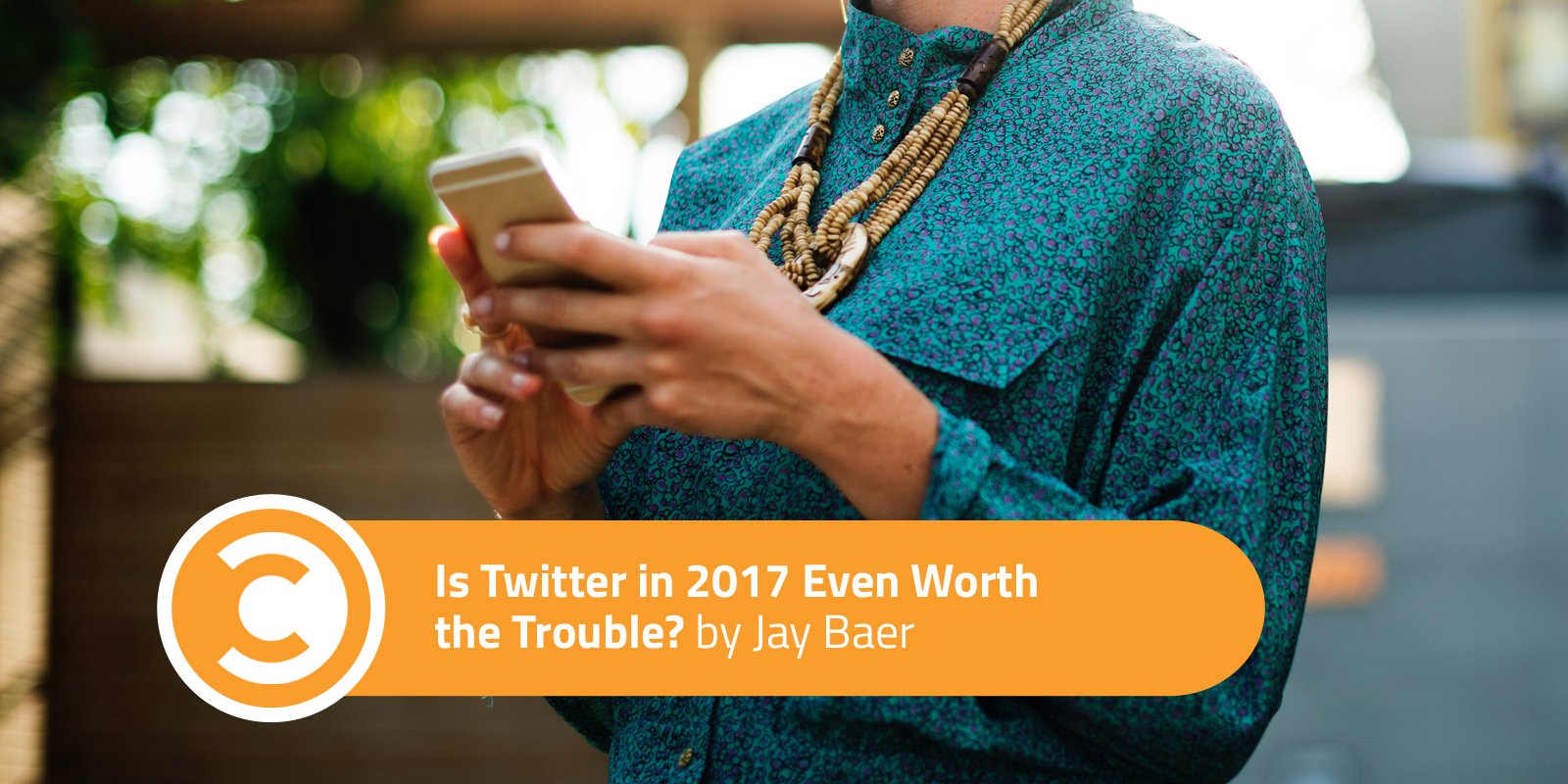 That’s the question social media marketers are asking these days about the little blue bird.

Not all that long ago, Twitter was a terrific way to interact with your customers, fans, and colleagues, as well as a solidly reliable method to create engagement around your own content.

Only one of these is still true.

No doubt, Twitter remains a conversation platform for media and influencers. And Twitter’s role as a customer service platform remains strong, partially as a result of positive functionality tweaks.

But as a way to get new people to discover your content and read your blog post, or listen or your podcast, or watch your video? Nah. Twitter just doesn’t do that these days.

New research from our partners at RivalIQ found that the average engagement rate on Twitter for brands is now 0.049%. That includes all likes, comments, retweets, etc. Every action but clicks.

Twitter average engagement rate is now just 0.049% (the new banner ad?)CLICK TO TWEETThus, according to RivalIQ’s 2017 Social Media Benchmark Report, a tweet to 10,000 followers will, on average, generate 4.9 engagement behaviors.

You can read more about Twitter's recent decline over at Convince & Convert.