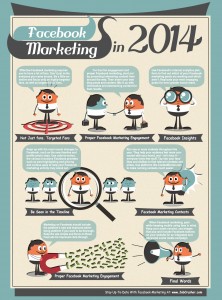 Facebook has easily retained its title as the leader in social networking. With a billion active users, a recent major overhaul and plenty of advancements planned for the coming year, not even the likes of Twitter, Pinterest or Google+ could knock the Zuckerberg juggernaut from its lofty perch. This means that, as a brand, small business or marketing manager; if you’re not on Facebook, you need to be.