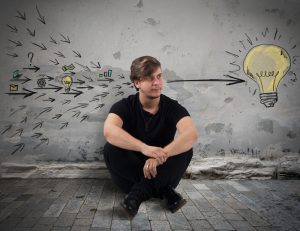 Every time a business creates content for a direct response type of campaign, a sales email, advertisement, or landing page, the writing needs to be compelling enough to convert visitors to sales. The words should sound incredible and lead visitors to purchase products. It’s vital to provide readers with useful information, but it’s also essential to write content that has a bottom-line impact. In other words, the content needs to be impressive enough to improve sales. So what are some of the writing secrets that can last to fast conversions all the while growing a business? Here are some techniques that researchers discuss and argue that work. It’s time to amp up those copywriting efforts and enjoy the benefits.

Nick Kolenda says that providing a mental image will help readers identify with your content more. He also sites a few researchers that back up his claims.

Words are meaningless. On the surface, they represent arbitrary symbols — a mere conduit that conveys our meaning.

Images, on the other hand, don’t require translation. Their meaning is immediate. Not surprisingly, images generate a larger emotional impact than words (Hinojosa et al., 2009).

To increase the persuasiveness of your content, you should transform important written content into a mental image. How can you do that? This section will teach you a few techniques.

Given the importance of concrete features, you’ll notice a problem when it comes to marketing. Try to visualize the following features:

Quality
Powerful
Reliable
Having trouble? Me too. You can’t visualize intangible concepts. And your readers share the same difficulty.

That’s where metaphors can help. For example…

Metaphors tangibilize the intangible. They provide your readers with a concrete mental image, enhancing the impact and persuasiveness of your message (Sopory & Dillard, 2002).

Research completed by Sopory & Dilliard in 2002 revealed that mental imagery makes all the difference when writing compelling content:

Finally, the role of initial communicator credibility in judgments of terminal credibility should be studied more systematically, especially keeping in mind that use of metaphor only enhanced positive judgments ofthe dynamism component of credibility. It may be that the perception of dynamism induced by metaphorical language leads to improved attention to a message, thereby increasing comprehension and persuasion (seeMcGuire, 1969). To further illuminate this process, studies should look atresearch on the use of analogy as counterargument, often called rebuttalanalogy (Whaley, 1998), which has shown that analogy use compromisesevaluations of communicators as well as quality of message arguments. Metaphor has a long history as a persuasion device. Continued research will provide greater specification of the process as well as contribute toits more effective use to influence evaluations.

Hubspot brings up an excellent tip, which is to be more direct in your writing. However, even if you’re going to be more direct if you feel readers aren’t responding well to your latest blog post you may need to swap out a word or try something else. It’s all about simplifying your writing while still being direct.

When you're direct, you'll make your intent obvious to the reader — which is a good thing because people will trust your content and could be more likely to act.

What does it mean to be direct? It means communicating clearly. Your writing should be devoid of extraneous fillers and wordy sentences.

Here are the a few quick tips for writing more directly:

Our product enables you to access data in dozens of languages, providing total access to every available mention of your brand or name, including online content and information shared on social networks. This takes place constantly, ensuring that you get real-time data delivered to you when you need it.

No way. Way too long. Way too complicated. Try this instead, from Mention.com:

The one-sentence description and headline “Monitor in real-time” is direct. It says what it needs to say, and then it stops.

Jesse Hines has a brilliant example on Copyblogger that explains how to pare down a phrase to absolute directness:

Make Them Feel Something

You’ve probably heard that stories pull people in, because, why else would avid readers anxiously wait for sequels to come out? It’s the same way with copywriting and even email marketing. Copyblogger argues that if you touch on a reader’s emotions and they identify with your writing, then they’re bound to come back.

Imagine with me if you will …

You’re watching football, and your team’s quarterback gets slammed with a bone-crunching tackle, and snaps a rib.

Can’t you just feel yourself cringing at the thought?

That’s the power of mirror neurons and how they affect the human mind.

According to research on the subject, these neurons activate when you “observe” something happening, and then transfer some of the feeling (if it’s powerful enough) on to you.

It’s likely that they’re biologically useful for necessary evolutionary traits, such as empathy or “walking in someone else’s shoes.”

Although a majority of the current research on mirror neurons focuses on literal observation, great writers know that strong emotions can be conveyed through words as well.

Think about my first example … if you did cringe at the thought of a man breaking his ribs, you’re already experiencing this effect in action!

When crafting compelling copy, you have to understand what keeps your potential reader up at night.

It’s easy for me to write out, “Envision this …,” but it’s not as easy to get people to care.

You have to speak to a feeling that’s already there, not try to force one on your reader.

If you’re selling software that takes the hassle out of content optimization, you need to speak to the frustrated entreproducer who’s tired of nitpicking and game-playing for Google, and who wants to get back to writing.

If you’re selling beer (now we’re talkin’), you need to invoke memories of good times spent with friends over an ice-cold beer.

Using this information on mirror neurons to transfer a desired feeling onto readers is effective, but it’s only going to work if you know what makes them tick.

Only Use Positive Phrasing

People generally don’t respond well to negative phrasing, which is why according to Nick Kolenda, who backs up his research by citing a study by Jacoby, Nelson, & Hoyer in 1982, positive phrasing is critical. Speaking negatively does not improve content’s impact on its readers, but instead, it takes away from it.

Negative frames describe an absence — what isn’t happening. Positive frames, on the other hand, describe something more tangible.

You can use negative frames occasionally. That’s normal. But you should use positive frames for the majority of your sentences.

Be Creative With Announcements

According to Buffer, announcements may not be that popular. To get readers to read announcement type blog posts, you’re going to have to get creative. One way to be inventive is to tie it into a story or use a lot of pictures, which is what Buffer recommends:

One of the most interesting things I found in my research was about what doesn’t work. It turns out that announcements generally get shared the least.

In Takipi’s research of tech blogs, posts including the words announcing, wins, celebrates or grows usually fell near the bottom of the most-shared list.

Using the word lose, on the other hand, usually landed a post in the top 50% of the list, backing up my earlier point that negative words seem to be more shareable.

Solution: Since we know that announcements can be boring, create a story instead. One example where we had this work incredibly well, was when we announced the 1m user milestone for Buffer. Instead of making it an announcement we made it into a story full of pictures and events that happened throughout the Buffer journey.

Story-telling is in fact the most powerful way to activate our brains. You can in fact, create the exact same emotions that you had when experiencing a situation in the other person if they are listening to your story. This Neural Coupling modal describes it best:

The same emotional areas of the brain are activated in the listener, that the speaker.