You've probably been hearing a lot about influencer marketing lately.

It's hitting a popularity peak, and in the digital marketing world, everyone's talking about it. If you follow the major blogs in this space, you've probably noticed this.

It's not that much of a new idea.

Celebrities have been advocating for brands for a long time now. But social media creates some unique new classes of small-scale internet celebrities, termed “influencers.”

This makes the general concept behind a celebrity spokesperson accessible to just about anyone. You don't have to have the budget for Britney Spears.

Influencers run the gamut from people that have hundreds of thousands of fans and followers, to smaller-scale people who have a lot of popularity within a particular niche.

You can find influencers at a wide range of price points.

But while everyone talks about the benefits, it's important to realize that despite all the effusive blog posts about it, it's not a magical “silver bullet.”

Recently, HubSpot carried out a case study to test a few key hypotheses about influencer marketing.

Here's the first thing they found out.

Is Influencer Marketing a Silver Bullet?

For context, average views per Sales Blog post for November was 3,180.

I decided to create an influencer round-up (a type of post gathers quotes from multiple influencers on a single theme or topic). Harnessing the reach of some of the biggest names in sales through their social shares would surely push the post over the 10K line.

Since there are relatively few sales influencers, and their expertise is pretty varied, I chose a broad theme for the round-up post: How to Have Your Best Sales Year Yet. Each month received its own section and covered a different aspect of selling, from qualifying to giving demos.

Then it was time to get the influencers on board. First, I identified 30 sales experts and thought leaders, and wrote a personalized email to each one.

Twenty-three influencers agreed to participate. That's approximately 77% of the 30 I approached — a great response rate that was likely bolstered by the personalized emails.

Next, I wrote custom questions for each influencer based on their area of expertise. I collected their interview answers for the post through a combination of phone and email interviews. I also asked each influencer to commit to promoting the post on LinkedIn and Facebook, as well as their email newsletter if they had one.

After the post went live, I created custom tracking URLs for each influencer to use for their share(s). This step allowed me to see exactly how much traffic every individual was responsible for. I also created a custom image for social media each influencer with a quote from their interview:

From start to finish, the entire post took me roughly 18 hours. A standard, non-influencer post takes me 45 minutes to an hour. That's a big difference in time.

The post ended up getting around 9,100 views in the first 30 days. The influencers were responsible for 4,143 of those views — each sharing their link on Facebook and Twitter within three days of the launch date, with several sharing the link on LinkedIn as well.

Sounds like our influencer strategy worked, right? Well, not quite. 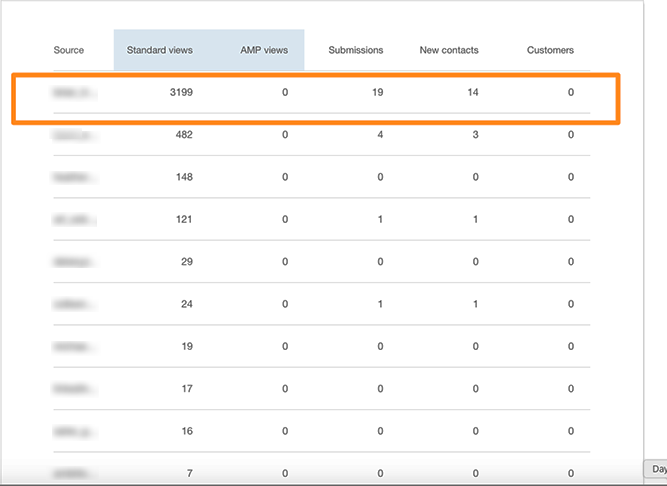 Some influencers drove less than 20 views each.

These results killed my first assumption:

It turns out influencer marketing has gotten a bit more complex since middle school.

An influencer's impact depends on both their audience size and engagement — you can get similar results from an influencer with tons of followers and low engagement and one with a medium following but crazy-high engagement.

To find out more about HubSpot's findings, check out the full article.