Recently, Ahrefs — one of the top SaaS companies in the SEO space — did a massive research project where they looked at two million featured snippets.

You've probably noticed that for some queries, Google gives you an answer right there on the search results page, quoted from one of the top 10 results. 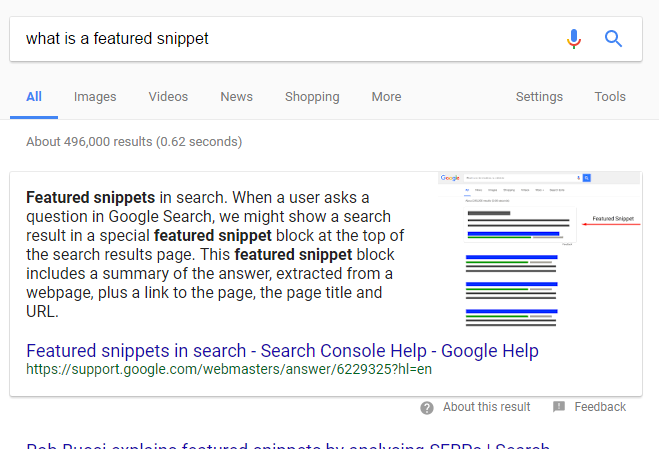 That's called a “featured snippet,” and recently, Google has been creating them for more and more queries.

That's no good if you're ranked first.

So if you are already ranking, or you're likely to rank, for a query that brings up a featured snippet, you want to be the one that gets quoted.

In their recent write-up on their research, Ahrefs offers some helpful tips about how to maximize your chances of being featured.

1. Secure the featured snippets that you already own.

The odds are your website ranks in a few featured snippets already.

You can easily see that in Ahrefs' Site Explorer tool by applying a “Features” filter to the list of keywords that you rank for: 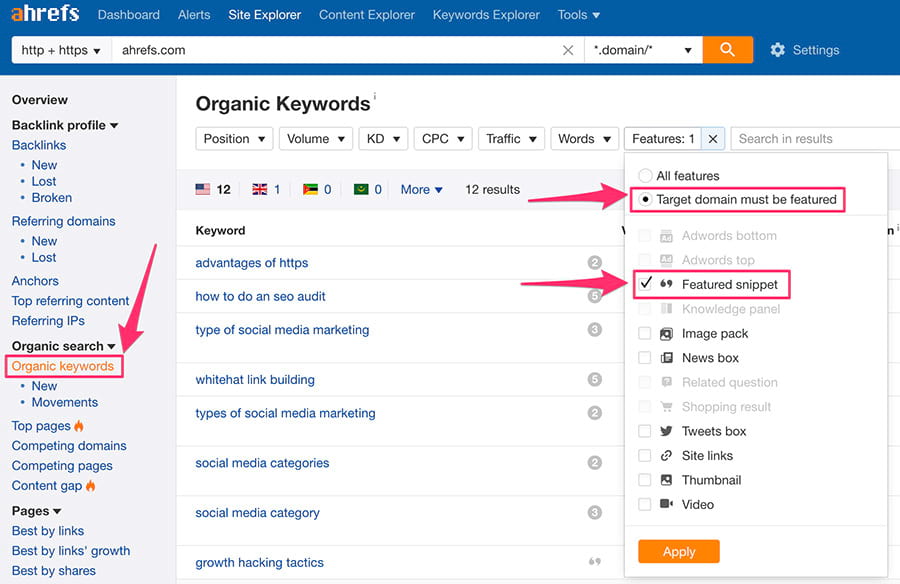 (We only rank in 12 featured snippets with ahrefs.com website)

There are three simple ways to do it:

Here's a great post by Richard Baxter that shows this strategy in action: Optimising for Google's Quick Answer Box.

We already know that any page that ranks in the top10 Google search results can be “featured.”

You can use Ahrefs' Site Explorer to quickly find the keywords with featured snippets where your website is ranking in the top10: 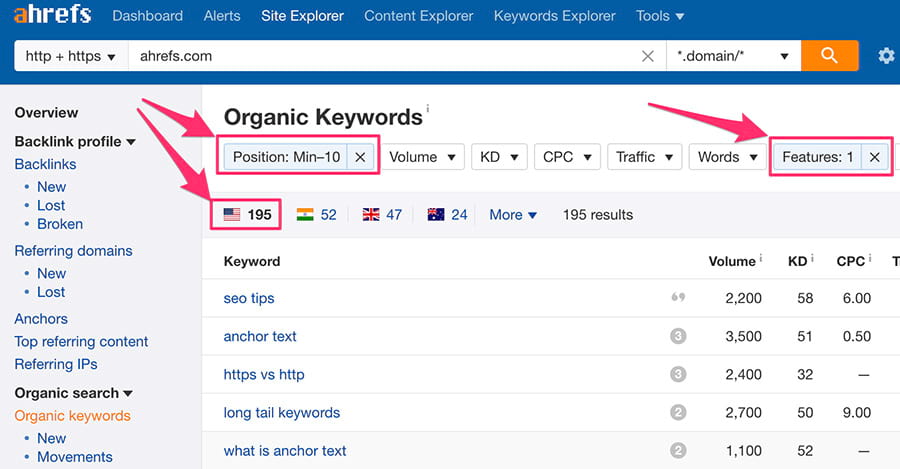 The key to winning these snippets from your competitors isn't in any way different from what I just suggested.

You just have to “feed” Google a better snippet than what's already listed.

Some people have reported that using structured markup helps to get featured. At first Google confirmed it, but immediately after they said otherwise.

Well, according to a recent study from GetStat, Schema.org markup is actually less common on featured snippet URLs than it is on regular search results:

We noted that the code snippet of itemtype=”https://schema.org/ appeared on 15.7 percent of featured snippet URLs, but we saw the same markup on 19.6 percent of regular search result URLs. Wikipedia was the number one domain for featured snippets in our data set and they don’t use Schema.org, which may have skewed our results here.

As you just learned from this study, the majority of featured snippets are:

This means that the best way to rank for a lot of featured snippets is simply to produce a lot of great content that will address what people are searching for.

And, of course, formatting it in a way where it would be easy for Google to pull featured snippets from it.

You can learn more about how to optimize for Google Featured Snippets over at Ahrefs.