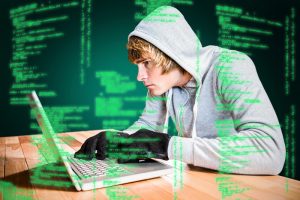 Don’t we all wish there were more hours in a day? We all seem to blink and before we know it another week has flown by. No, we can’t control time, but we can make goals to be productive. Starting an online business depends on productivity because without it not much will get done! There are many ways to make sure tasks get done from scheduling time for every job to learn techniques not to procrastinate (hey — we’re looking at you, procrastinator)! It’s time to be more productive during the day, and these tips will help. Also, be sure to check out our free webinar training for tips on how to make things happen, which equals developing a profitable business!

Lifehack recommends focusing on value, and we couldn’t agree more! Often worrying about completing a task leads to not accomplishing it at all. Don’t let that happen — focus on which tasks are the most important and go from there.

Consider the value of the tasks on your list before you commit to them. If we focus on the task its-self it’s very difficult to motivate ourselves – however if we focus on the outcome or the result of the task – it’s much easier to get excited and power through, knowing it will all be worthwhile in the end.

Banish any fear you may have around the tasks – is something stopping you from making a start? Often fear of failure will stop us from attempting things so it’s a good idea to adjust your attitude towards this. Understand that failure is a prerequisite for success – as Henry Ford said:

“Failure is the ability to begin again, only this time more wisely.”

Get comfortable with the notion of failure – knowing that it only assists us on the path to success. Think back to the most successful innovators of our time such as Thomas Edison – if he had allowed a fear of failure to stop him from progressing imagine the consequences. We would be living in darkness! Edison conversely was quoted as saying:

Schedule time for every task

Making enough time for each task is challenging, but Content Marketing says you can make it happen. Blocking off time to get jobs done and focusing on the most important tasks will help your business succeed.

This next tip forces you to think about not only what you need to get done and when you can do it, but it requires the context around your work:

“I’ve recently adopted a zero-based calendar. I put everything on my calendar, even if it’s not a meeting. Taking the shuttle to get to work, blocking off that I’m going to take time to shower, that I’m going to the gym, that I’m eating dinner or eating breakfast.

“It gives me a much more realistic picture of free time in my day. It’s easy to look at a calendar with just two or three meetings and think, ‘I’ve got plenty of time to get work done today,’ not realizing that it’s a half-hour commute to that meeting, a half-hour commute to that meeting, you’re going to work, you’re breaking for lunch, and you could lose those things.

Focus on one thing at a time

Are you trying to get too many things done at once? That’ll only lead to burnout. Instead, Entrepreneur recommends focusing on one thing at a time. We know, easier said than done, right? However, if you break up the projects, it’ll be harder to get them done. Unless it’s a large project (such as a long-term social media strategy), it’s better to focus on one thing at a time.

Focus on getting one project finished before switching to the next.

People usually think that they’re getting more done by multitasking, but in reality, going back and forth from task to task isn’t beneficial. In fact, trying to perform two tasks simultaneously can actually take a toll on productivity, a study by the American Psychological Association reveals.

While most of us are guilty of talking on the phone while typing out an email — it’s not the little tasks that deter productivity, but the larger ones. “The mind and brain were not designed for heavy-duty multitasking,” reports the study.

We hinted at this earlier, but USA Today reminds us that we shouldn’t procrastinate. It’ll just create headaches later when that task was supposed to be done. Don’t do it!

This plan of action takes some time to set up, but I promise: It's SO. WORTH. IT.

First: Set three small-sized baskets or medium-sized jars next to each other.

Label the first canister: Minutes
Label the next: Hours
Label the last: Days
Second: Write every to-do you can think of on separate 3X5 notecards. Feel free to cut your notecards in half to save paper.

Third: Separate your to-do cards into the baskets based on how long you think they'll take to complete.

Finally: Get in the habit of completing a certain number of “Minute” tasks per day. Then when you have more time, grab a task card from the other baskets.

PRO TIP: Always, always, ALWAYS start with a “Minutes” task. We humans thrive on instant gratification, so being able to throw a card (or five) into the trash quickly will motivate you to keep going.

Focus on the most important tasks first

Forbes recommends starting on the most important tasks first, and we couldn’t agree more. Won’t it feel awesome at the end of the day knowing you knocked out the most difficult tasks first? Try doing that, and you won’t have to worry about running late on a deadline.

Most people focus the majority of their effort on their most trivial tasks during the day. And while focusing on these less-important tasks, the fewer but more important tasks remain undone.

According to the 80/20 rule, it's best to focus on the most important tasks at the beginning of your day. In other words, eat that day's frog — that one important task you have been avoiding or do not look forward to. If you feel the need to procrastinate, ignore those other low-value tasks. Those few frogs you have been ignoring are going to be the tasks that catapult you towards success.

Every morning, write out your tasks and look for the most important one — the one that will make a real difference in your day. That task is your frog and should be worked on immediately. Don't be tempted to stop before completing it and start on other less important tasks. Keep going until that high-value task has been accomplished. If you commit to this activity every day, it will soon be easy to eat those frogs.

Forbes offers a brilliant technique to keep in mind to stay on task:

SMART stands for specific, measurable, achievable, relevant and time-bound. This method of goal-setting allows you to set and accomplish your goals in a manner that is easy to understand. Your daily goals must be concise, able to be measured in some way, within certain reasonable parameters and sensible.

A good SMART goal must be completed in a specific time frame for it to be effective. Goals that are not time-bound tend to drag on forever, never getting accomplished.

Don’t forget about your team members if you have people helping you out! Content Marketing suggests assigning different people with different projects. As a new business, you may not have that much help, and that’s okay. Just do what you can and delegate as much as possible.

Managing teams and tasks for multiple projects and multiple clients (internal or external) requires personal accountability, sure. But it also requires accountability to the team and the project plan. That’s where digital tools can really help.

“I’ve started to use Airtable. Airtable is a mix between using an Excel spreadsheet and Google Docs. It’s simple. It’s free.

“What it’s done is created continuity and accountability with a team that’s spread out across the United States. It’s one of those tools where we’re talking, and it’s not, ‘Oh, I have that locally, let me pull that up.’ We can all go to it, and as someone’s editing, you can see the changes happening. It’s just a nice tool for accountability. I think it’s important because, as you continue to assign tasks and people are doing different things, you’ve got to make sure they’re doing what they’re supposed to be doing, and it’s visible and accountable.”

Aren’t you feeling more productive already? We hope so! Don’t sweat it; we know you’ll get the hang of it in no time. In the meantime, check out our free webinar training. We want to help you stay productive so your online business can soar!