Pinterest has only been around for a few years, but today, it's one of the most widely used social media platforms.

It does tend to lean toward certain demographics — namely, adult women who tend to have disposable income. If you're targeting that crowd, though, cultivating a Pinterest following is a no-brainer.

But how do you leverage this platform's considerable popularity to not only drive traffic, but to drive targeted traffic that actually converts?

Ahrefs, the SEO software company, recently conducted a case study. They spent one month focusing on driving Pinterest traffic, and learned some pretty interesting things along the way.

In the end, Ahrefs didn't see a whole lot of significant traffic from Pinterest. But, that has a lot to do with their audience and niche, as well as the short period of time they spent on the case study project.

If you're in the apparel, home decor, food and cooking, or DIY space, Pinterest traffic can be very lucrative. As Ahrefs says in their article, their failed experiment is by no means an indication that other brands shouldn't leverage this unique image-based social media site.

Along the way, they arrived at a few strategies and tips that improve your chances of getting the traffic you're aiming for.

Some case studies I read (this one for example) said that the number of followers on Pinterest does not directly affect the amount of traffic you will get. But to make your profile look established, Pinterest guides recommended getting at least one thousand followers.

Some guides recommended using a Pinterest automation tool to get more followers, like PinPinterest or PinFollow. Other authors strictly forbid automatic following/unfollowing, providing examples how they lost their accounts because of that.

I did not want to risk our Pinterest account, so I went for a manual way. Every day I spent an hour or so trying to grow our Pinterest followers count. Each day I followed around 300 accounts (and unfollowed approximately the same number to keep the balance). Not the most exciting activity, I must say…

…and this did not work. We only got 400 new followers by the end of my experiment.

But as I was reading about ways to get new Pinterest followers, I came across one nice tip. It will help you find people who pinned some content from your website, and thus interesting to connect with.

Pinterest is all about visuals. Your pins need images that would stand out from thousands of other pins and draw people’s attention as a bloody magnet. That’s what I read in the guides. Actually, that made sense.

If you haven’t noticed yet, we’ve got a really custom approach to the images in our blog post headers.

And our readers seem to love them! Or at least that’s what they tell us.

We decided not to reinvent a wheel, and went for what already worked great. We asked our designer to adapt the images created for our best blog posts for Pinterest so that we could use them when pinning. 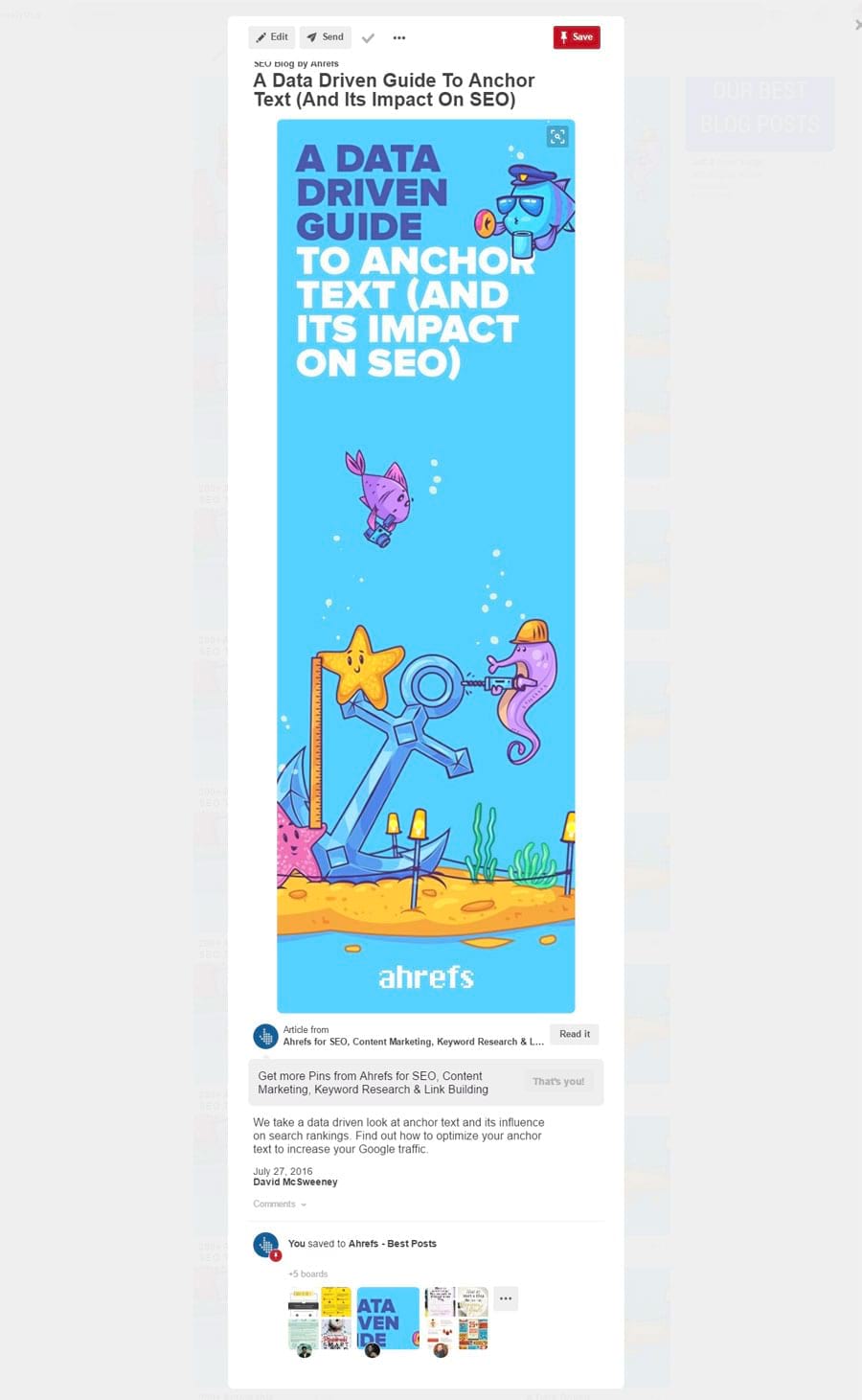 If you ask me, that looked great! Besides, this image was meant to stand out from countless boring pins, consisting of a free stock background image and some text added in Canva.

Finally it was time to pin!

Every single Pinterest guide I read told me I should pin regularly and pin a lot. But almost nobody took it upon oneself to say how many pins should appear each day.

I started with 7 pins per day but quickly accelerated to 30-35.

You can read more about driving traffic from Pinterest over at Ahrefs.